St John Ambulance Ireland news, courses, announcements that are relevant to all divisions

Many thanks to the Rapid Innovation Unit in University Hospital Limerick for the donation of PPE to us in St John Ambulance. Our logistics teams from Dublin and Cork collected this vital equipment from our Limerick centre this week for distribution to all our divisions. This equipment is vital to protect our volunteers and patients during the current situation. Companies like this are providing incredible support to the frontline and their contribution is a vital part of the battle to fight this war. 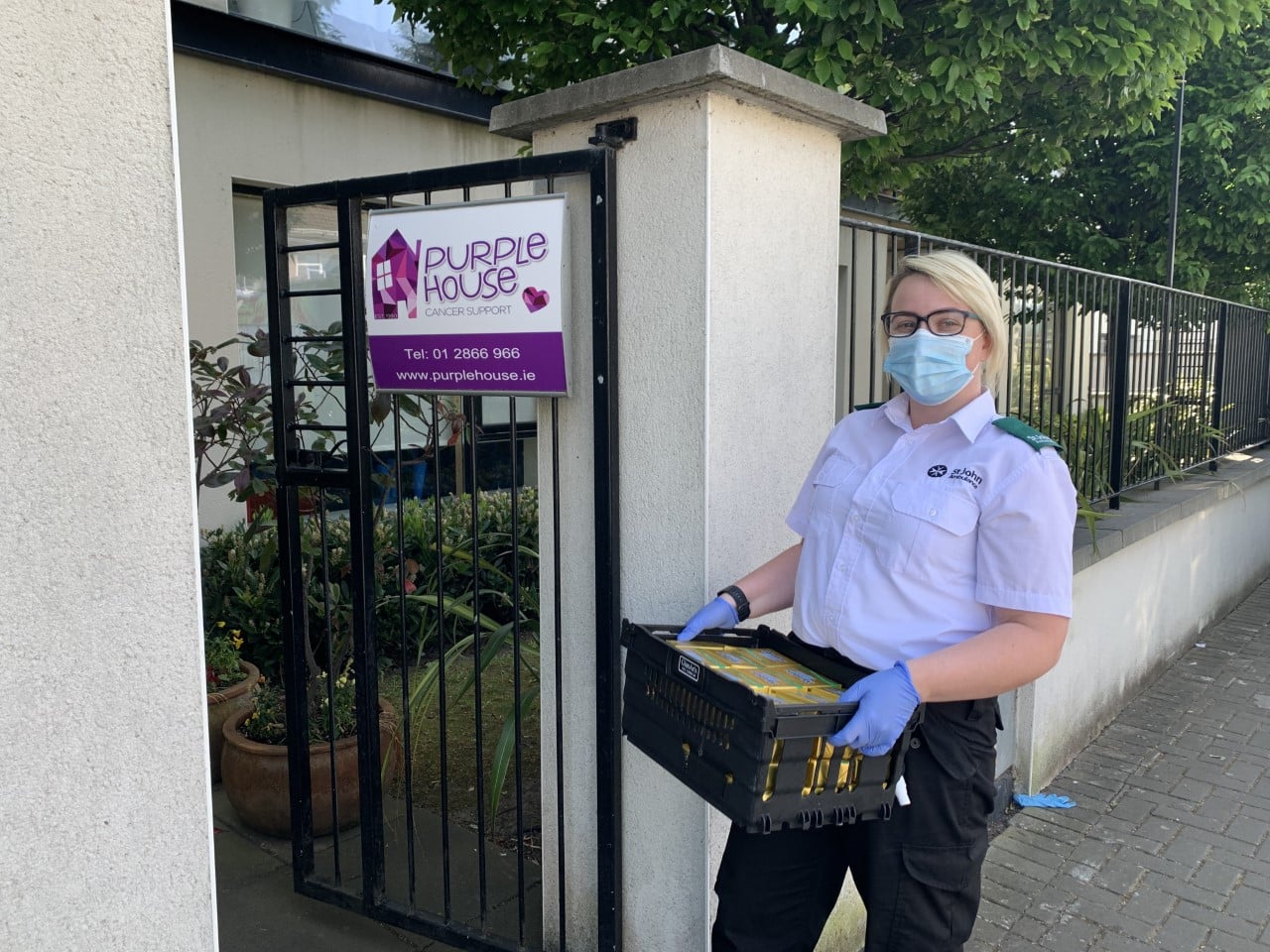 As the movement restrictions are being stepped down we are scaling down our Community Response Programme as a lot of its work is no longer required. This programme was started in April when people were cocooned with no access to essential services or no facility to arrange collection of essential items.

With the invaluable support of Windsor Motors who supplied a fleet of Nissan Qashqai’s to work alongside our own vehicles, and the generosity of Connacht Print and Signs who supplied the livery our volunteers have delivered shopping, medication, hot meals and PPE to homes, care facilities and hospitals all… END_OF_DOCUMENT_TOKEN_TO_BE_REPLACED

Working quietly behind the scenes in our communities 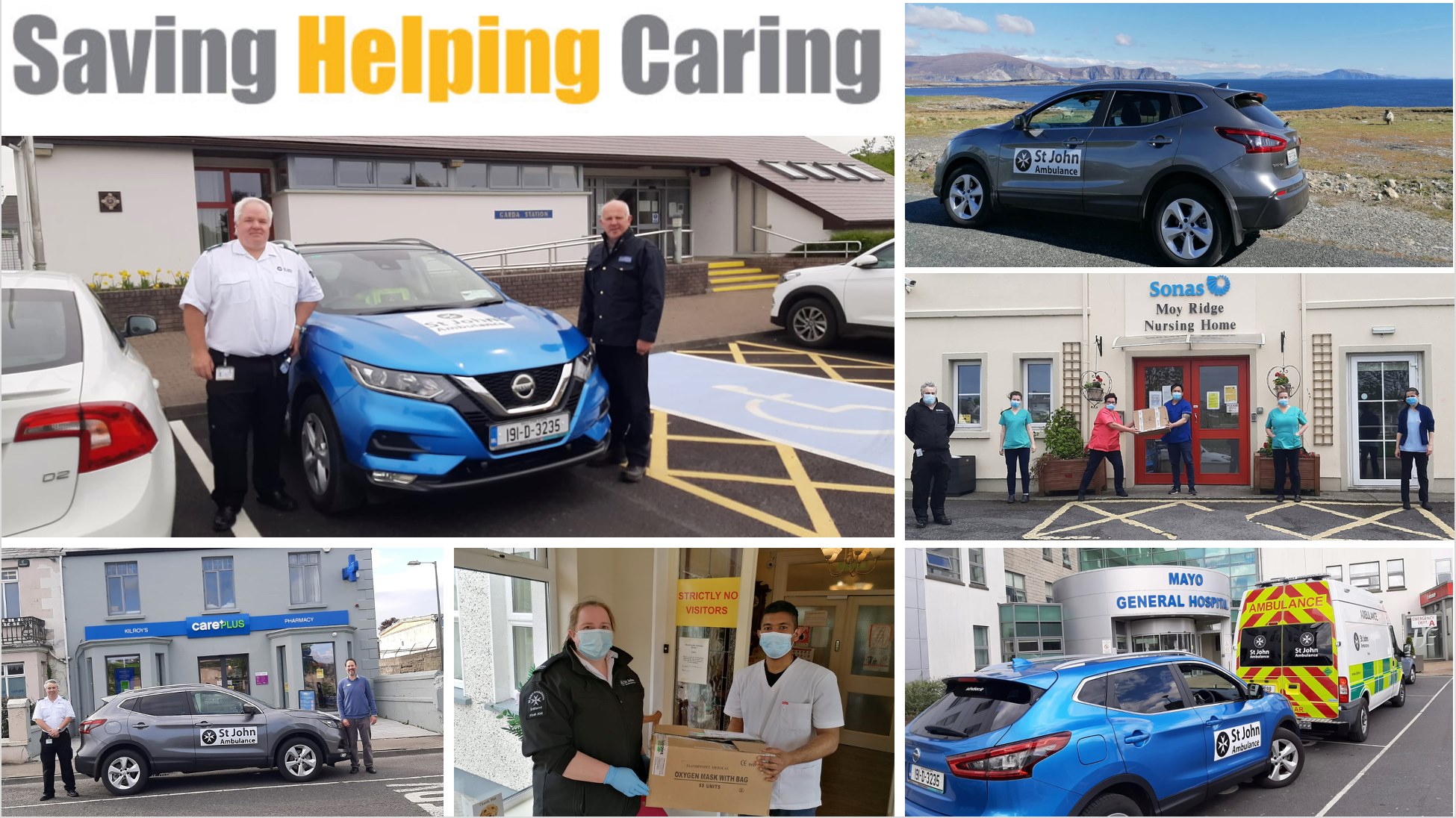 As we begin to emerge from COVID-19 restrictions, our volunteers across the country are continuing to work quietly behind the scenes.

Our Mayo Division members have teamed up with Trane TechnologiesThermo King Europe in Galway to distribute free 3D printed PPE to healthcare facilities across the region and local Community Policing teams to check in on vulnerable members of the community.

Our Cavan Division team have also been busy delivering medications and essential deliveries to their local communities. Huge thanks as always to our Community Response partners in Windsor Motors & Connacht Print and Signs for their support in… END_OF_DOCUMENT_TOKEN_TO_BE_REPLACED

Our condolences to the Irish Coast Guard

St John Ambulance Ireland expresses its condolences to our colleagues in the Coast Guard community on today’s accident off Mayo/Sligo and the tragic loss of life. We offer our sympathies and prayers at this time

St John Ambulance Commissioner John Hughes officially launched the new division at a ceremony held in the Breaffy House Hotel, Castlebar. The event was attended by a… END_OF_DOCUMENT_TOKEN_TO_BE_REPLACED