Having pulled in safely and assessing the scene, it was apparent that the motorist was bringing his wife – who was complaining of chest pain – to hospital. After a brief… END_OF_DOCUMENT_TOKEN_TO_BE_REPLACED
Posted in Ireland 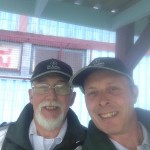 Today we provided cover at a Local Charity Event in aid of A Smile for Ryan along with Drogheda Red Cross. The event was organised by Anita O’ Shea and her colleagues, Drogheda Gardai tuck on the Cable/Boyne Group in a soccer match in United park. The match ended 2-2 and after penalties, the Gardai were announced the winners.

Also present today was Alice Turner (a Chance for Alice) and Garda Ceejay MC Ardle ( the youngest Member of the force).

Ryan Coyle is a two year old boy from Duleek Co. Meath. Like any other two year old… END_OF_DOCUMENT_TOKEN_TO_BE_REPLACED 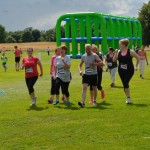 On Sunday 24th July, Members of Drogheda and Raheny Division traveled to Malahide to take part in a Fun 5k Run. The Members had a great day and truly enjoyed themselves.

On Sunday 24th July, We provided a response Car and a Paramedic Ambulance to cover the Annual Brendan Campbell Memorial Race held in Donore Village. Drogheda Division have been providing Medical Cover since 2010 to the Drogheda Wheeler’s for all there Cycle Races. 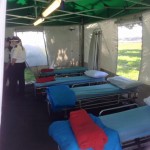 Drogheda Division provided 24hr cover over the 3 day Festival held out in Beulieu House. Our volunteers gave up there weekend to man the Ambulance and Medical Tent. 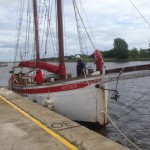