Trauma Queen is no ordinary ambulance, it’s a transforming Ambulance, looks like an ambulance from the outside, but comes apart to turn into an A/E Department on the inside. St Patrick’s day was the test run for her. The whole idea came from local Drogheda man Ken O’Heiligh, who was the brains and foreman behind the idea and its design.

In Drogheda the St Patrick’s day theme for the Parade was Laurence’s Gate goes green.  We have all heard the people of the Town that they want the gate closed as it is over 700yrs old and being hit by passing vehicles. So with this in mind, we did a costume as Laurence’s gate, Unfortunately a truck had hit it, and St John ambulance was sent to revive the gate, On arrival Trauma Queen and it’s crew worked on the gate and transported it to the A/E Department for further treatment. Thankfully the gate was saved. This was our first year entering the Parade. As normal we provided our personnel and vehicles around the route. We had 2 Paramedic Ambulances, An Advanced Paramedic response car and over 28 members along the streets.

A big thanks to all who helped out. 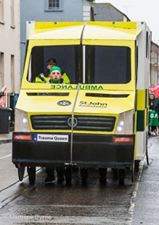 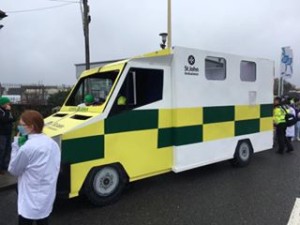 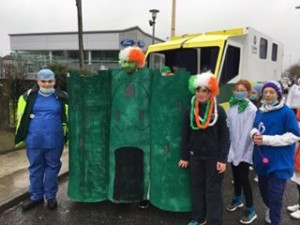 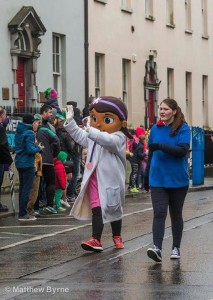