Last night some of our volunteers attended the Ball for the Dominican Order held in the West-court hotel.  The church had organised a number of events over the last few years, which the volunteers from St John ambulance provided medical cover at.  Unknown to us all Fr Jim Donleavy had more plans for us.

On the night while doing his speeches he decided to tell everyone how thankful he was of the support of St John Ambulance, He presented a lovely award as a tribute to thank the volunteer members, Acting- Officer In Charge Emma Jane UiEiligh was more than happy to except this along with some of the members and on behalf of the Division.  Fr Jim also presented District Officer Colin Maher with a similar tribute for the help he had given over the years.

The Division is most grateful for the kind thought and appreciation shown to its volunteers by Fr Jim. 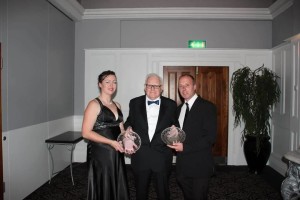 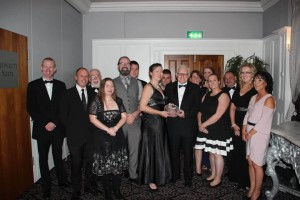