Today saw D/O Michael O’Reilly from Cork received by Lord Mayor of Cork Cllr. Chris O’Leary in recognition of the work done by Michael as Medical Co-ordinator for public events in the Cork area. Michael who has worked with SJAI for 40 years works alongside the local authority, Gardai, our sister organisations and event organisers to ensure the best level of medical cover for all public events in the Cork City Council area. Cllr O’Leary, a former volunteer with the Civil Defense, strongly praised the dedication of Michael and all the other volunteers who give up so much time to provide care for the people attending events in the city. 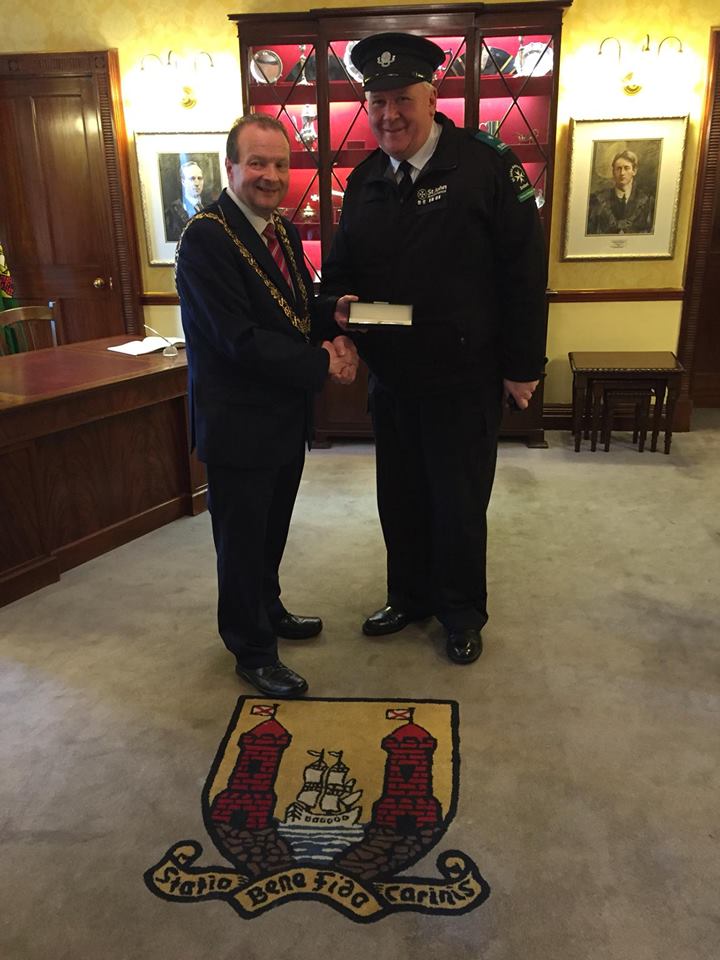 District Officer Michael O’Reilly is presented with an award in recognition of his service as Medical Coordinator for Public Events across the Cork area.