Meeting the Team behind Foxrock

Foxrock has always had a high standard to meet within St John Ambulance and this can only be made possible through the hard work and efficient management of the division locally. Currently we have one of the strongest management teams that we have ever had, run by members that have years of experience with first aid as well as expert knowledge having gone through the cadet ranks themselves. They have seen the good and the bad of St John Ambulance and know how to tackle these problems to reach a resolve whether that be at events, during meetings or with the administration of the division. Currently the management team is made up of 6 current and energetic members, each of which two members are from our dynamic three divisions, The Adult Division, The Ambulance Cadet Division (Boy’s) and the Nursing Cadet Division (Girl’s). Below is a small piece on each one so that you can get to know them better… 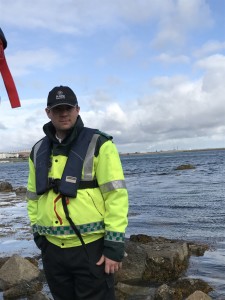 Stephen has been an active member of Foxrock division for year’s, he is currently stepping up to the mark to help run the division as the highest ranking current Foxrock member. Stephen bring a lot to the table with years of organizing experience as well as bringing some excellent administration experience which he has picked up from working as an accountant. Stephen has a bright future planned for Foxrock division and he hopes to achieve his goals within the next few years.

Graham has been with Foxrock since he was a cadet and this year marks his 15th anniversary year with Foxrock division. He is a figure in the decision making process and an all around sound guy. He works as a registered general nurse in the Tallaght hospital where he gains valuable insight into patient care which he can then pass on in divisional meetings. 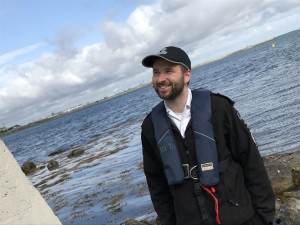 Rob first joined St John at the tender age of 11, and some say he hasn’t matured since then, making him the ideal candidate to work with cadets and be part of the divisional management team! The last year held some significant “St John milestones”; on a personal level it marked his 15th year of membership, and within the cadet division it marked the completion of a full cycle of cadets, with the members of his first enrolment class moving onto the adult division. In his spare time he dabbles in some full-time paid work as a project manager. 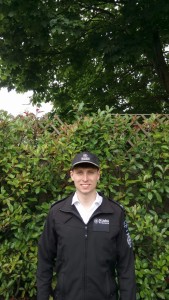 Jack Kerrigan is a Cadet Leader in the Foxrock Ambulance Cadet Division. He joined the brigade at 11 years of age and developed a keen interest in First Aid. As the years went on, this interest extended into the various other activities offered to cadets within the brigade. National First Aid Competitions, camping trips, group presentations and public duties provided wonderful opportunities to practice a whole range of life skills. Having greatly enjoyed his time as a cadet, Jack is delighted to give back to the division and share what he has learned with the current cadets. Jack Currently is a student at Trinity college studying a Science degree (Well isn’t he a smart one). 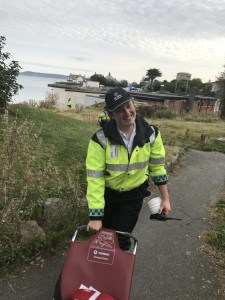 Karen Egan is a member of Foxrock for almost 14 years. Enjoys working with cadets, training members, competing in the national competitions and going on duty. Mad dance skills, especially on early morning duties! She runs the cadet division with high efficiency and effective teaching methods. She works as an accountant when she isn’t surrounded by her cadets.

Aoife is a Cadet Officer in Foxrock where her roles include teaching and training the Cadets in many skills, and of course making sure we all have some fun along the way! A particular area of interest for Aoife is the Cadet Camps run in the summer- she was bit by the camping bug on her first camp as a Cadet in 2006 and has never looked back since! Aoife is also currently a full time student in DIT studying Clinical Measurement Science (we hadn’t heard of it either, but she says it’s a fun course).